So a couple of weeks ago I got respectably tipsy with a bunch of my cousins in a shed in Port Lincoln. Novelty hats were found and donned, arms were thrown around shoulders and the lyrics to Livin on a Prayer were proudly screamed into Strongbow bottles. We kicked things off quietly, I thought- I certainly had no idea that six hours later I would be swaying gently on the back of a ute as one of my cousins cavorted with a cut out horse- with a glass of wine over lunch and then essentially we didn’t stop. 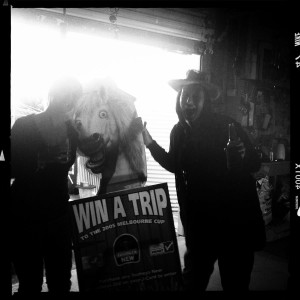 My family is fun.

Not uncommon, I’m aware, but you see I didn’t know this. Don’t get me wrong, I’d always liked them when we managed to see each other, a couple of us used to live near each other and so were friends when we were younger (six hundredth viewing of Wayne’s World, anyone?), but things change, people grow up and move and mortgage things, or something, and you end up being one of those people who knows she has an extended family, but can let four year periods pass where you don’t see any of them without even thinking about it.

I guess I’d always thought that those immediately around me were my family, that the people that take care of you, that listen to your shitty stories and laugh until they pee a little with you mean more than people who just happen to have similar genes (for additional points, guess who spelt this word like the denim garment on first draft?). An on purpose connection surely means more than an accidental one. 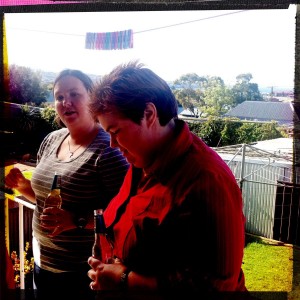 I have, though, on occasion been jealous of those families that dig each other. My mate Amy always sees her cousins when she visits Melbourne and they laugh hysterically and get each other and it baffles me. My old housemate has cousins that are like sisters to her. How does this happen?

Last year, I made a wee note for myself as part of my list of things to do before I was 30, because I saw people like my housemate, and my friend getting on with their fam and it struck me as odd that my family connection for the most part stopped with my mum and brothers. Then of course after I made the list I forgot about it, and like, did things normally (read: in a manner both slovenly and oddly frenetic) and let nearly a year pass without anything happening. Because that’s how I roll, yo. 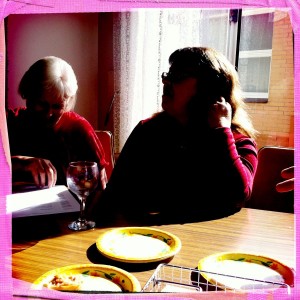 Then, my Grandma. I hadn’t seen her in a while, and she’d moved back home to Port Lincoln where she used to live, and then in the space of just over a day, she got sick and she died.

It was pretty strange.

(This will sound dumb, which I know is something you’re not used to from me, but I am not the person that this happens to. Which is exactly what I thought back when I was 13 and my Dad moved out or back when I was 19 and my Uncle Rick died. Out of the ordinary, dramatic things don’t happen to me, they happen to People That I Know, Friends of Mine; generally Other People. I did not, and still do not, I think, understand what it means that I no longer have a Grandmother because she stopped being alive. And just as I processed my parents marriage breaking down by confessing it to my school friends in quiet, giggly whispers and imagining the wonderous things my Dad would buy me now we were a “broken home”, I absorbed the reality of my grandmother dying with the quick, no mess no fuss “let’s just get on with it then” manner which I’ve realized is how I do things.) 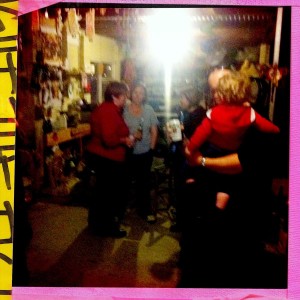 The whole drunken day was quite the surprise for me, and just beyond surreal at points. My cousins Mel and Catherine were distant memories of mine, two small girls, one blonde, one brunette, filed away from a time when we were all too young to care that the others existed until I entered my uncle’s house and saw them on the couch, looking for all the world like two grown up women. 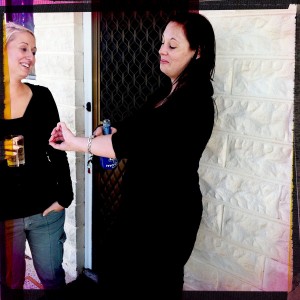 (Catherine didn't know what time it was.)

And they have jobs and opinions and long pretty hair and stuff and I was initially intimidated because the idea still had not occurred to me that maybe, just maybe my family could be one of those ones who enjoy each others company and I of course assumed they’d think I was a douche.

That was before Catherine started pouring me tumblers of wine and I knew we’d all be ok. 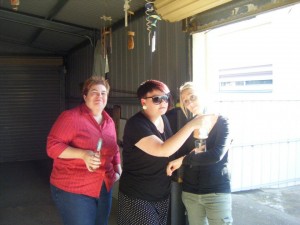 (there was something over there)

And we’re out in the sunshine, them and me and my other cousins Ro and Kelly talking and laughing and drinking and I realize that I like my family. That it’s been hours now since I felt remotely uncomfortable (I was so comfortable that though I paced myself and actually was significantly less drunk than others I could name- I’m looking at you, Ro- I still joined in the loud singing and mad dancing to mid nineties pop BECAUSE THAT’S MY JAM). I realized that my cousins had become my friends, either again, or for the first time. 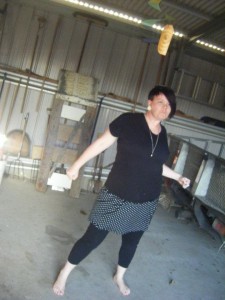 I realized that I was one of those people. 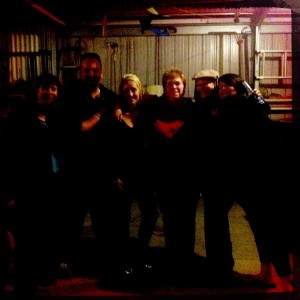 A couple of points- My cousin Kelly is the shit. I love her and her wife Ro and they will come and visit me in Melbourne I hope. Hoorah! Hilarious, kind and accepting ladies. 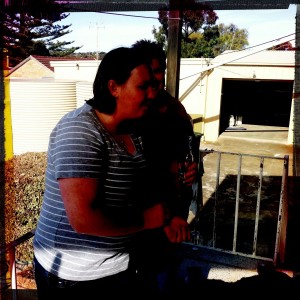 Mel and Catherine exceeded all my expectations. I didn’t have any really, aside from my usual unvoiced certainty that people that aren’t nutbars won’t like me. Turns out they are nutbars so we’re ok.

The Uncles and the Aunts, are all crazy, and a little inappropriate when drunkish (stern looks towards my mum’s brothers). Albie and Helen were effing guns of hosts and I felt loved instantly by all, which surely, is a convenience that you should be able to go to your family for. 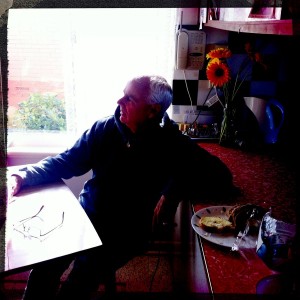 So. It’s shit that it took my Grandma dying to bring us all together. It’s shit that she didn’t see us falling about laughing or hear us screaming lyrics raucously from her position inside with the grown ups for she would have loved it. 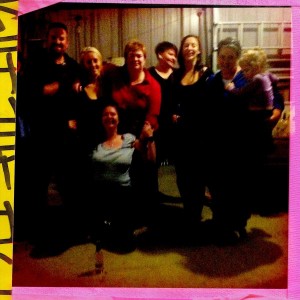 But this time taught me a number of things, mainly that life can actually, just, end and so now would be the time to love those about you and find the ones that aren’t about you to love, but it also taught me that family is kick ass. The only real thing we all had in common aside from Bon Jovi, was our connection to a lady called Merle Ransome, and though we are not a part of each other by choice, we are a part of each other. And this is a real, solid and wonderful thing. 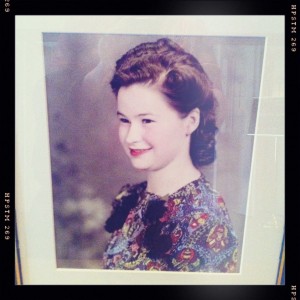