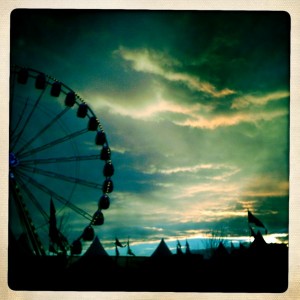 I have no right to enjoy my activities from the weekend as much as I did. Which obviously sounds dodgy, on reflection and so I will hasten to ad that what I meant by that is the level of enthusiasm experienced when attending something I had up until an hour prior had next to no interest in attending was out of order. Particularly when the something attended was effectively a carnival also attended by billions of despicably consumer driven and obscenely hyper children and their broken spirited parents.

No one goes to the show any more. Of course people go to it, someone’s got to keep the small Malaysian children who make orange novelty wigs in a job, or wander about in a stunned morass, wondering why they brought their spawn to such a plastic-lust inducing seizure tank but no one that I know, really goes or wants to go to the show. We just seemed to get over it.

But this year, oh, this year, Kate and I got a free ticket. Which brought the ridonkulous price down a little so we wouldn’t have to sell our kidneys/first borns/drugs to enter the blessed gates. So we went.

That was a long intro to what will be a fairly short, probably erratic and overly uninteresting anecdote, but I’ll persevere as I don’t know yet what I want for dinner. 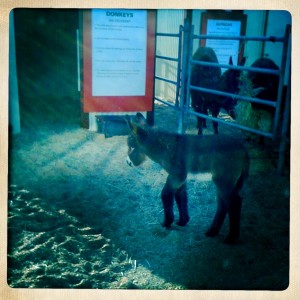 We approached the task at hand like the money challenged nanna’s we are by bringing our own food (Kate BAKED BREAD. Pull-a-part cheese and ham bread if you DON’T mind. The things people do, on a whim seemingly, usally whilst I’m re-loading facebook or sleeping, make me shake my head in wonder. Shake shake.), deciding to only purchase one treat (FAIRY FLOSS! FAIRY FLOSS!! FAAAAIRY FLOOOOSSUUH!!!) and heading in the afternoon to avoid the feeling of crapulence that comes from wandering about all day.

And like the money challenged nanna’s we are our entertainment came chiefly from meandering about, gazing at huge eyed baby animals, various and sundry arts, crafts and cakes that looked like other things than cake and generally hoovering up as much free entertainment/food as we could find in our voracious quest for satiation. 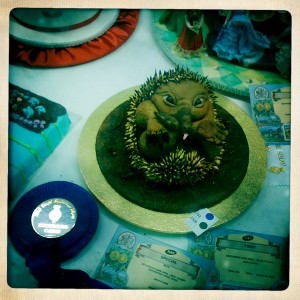 this is in fact a cake, not an echidna. I know it's difficult to come to terms with.

While this might sound like no ones cup of anything, I actually had a lot of fun. As I’ve mentioned I had nearly too much fun, which owes a lot to the company I was with. Kate is HILARIOUS  and we are good at providing low budget entertainment for ourselves. And it was educational.

Things I learnt at the Show:

2. Violent Orange does not a nice hair colour make

4. When your friend hands you a baby lamb and says “he might pee on you” this should be viewed as a prophecy

5. Monster trucks are HUGE. And awesome.

6. Bertie Beetle is still excellent value at $2 a showbag

7. People still make things. Like, with their hands. Somewhere in the world are people who want to sit and lovingly craft intricacies out of wood and and metal for hours because they want to make something new

8. The things people make with their hands, out of wood etc, are often really inspiring and beautiful 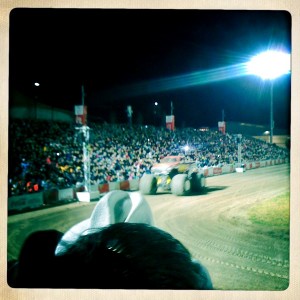